This excursion is not only Pizza, coffee and Tarantella.
We offer the best of Naples and the town of Hercules, "the amazing Herculaneum", and its richness!

Length: 8 hours
Tour of Naples and Herculaneum ruins
Vehicles: luxury Car or luxury Minivan
It does not include the entrance fees (bring the photocopy of the passport, the price is based on age and nationality)
With drinks and snacks included
Discounts and benefits for groups of 3 or more persons

There is an aphorism that says: "See Naples and then you can die". Because this city has fascinated so much the people, to create a syndrome, "The Napolitudine" which corresponds to the desire "to return". To be able to love and understand this city, you need a tour between the most characteristic places: Plebiscito Square, the monuments, the historical center, San Gregorio Armeno and the lovely Posillipo.
Only walking through the streets, sensing the scents, listening to the voices of the sellers, you can be part of this multi-faceted city, that lives like in a theater. Because the Neapolitans have their own way of interpreting life, with joy and lightness, because the everyday problems remain so, if you laugh or if you cry.
Don't miss: Maschio Angioino, San Gregorio Armeno street, National Musem, Gallery Umberto I, The Veiled Christ, Via Chiaia
Tips: babà, sfogliatella, pastiera, fried pizza

Maybe people don't know that the majority of the things that we still have on the present days, comes from the brilliant brains of the Romans. Visiting this ruins it's the equivalent to buy a trip on the time machine. You will tread down the streets of the Romans, visit their homes, their baths, and their shops.
Herculaneum also known as Resina or Pugliano, it was discovered accidentally by a common person, while was building his own palace in the 1709. The news reached the ears of the greed Prince of Elbeuf, Emanuele Maurizio Di Lorena, who immediately took the advantage of acquiring a vast feud to discover as many objects as possible. From the excavations came out stunning statues and massive columns in Marble: some of them he kept for himself and others were gifted to the monarchs of Europe in order to get favors back. The eruption of 79 Ad, also buried with pyroclastic materials the town of Herculaneum, like Pompeii. The two cities offers an extraordinary witness of the everyday life of the ancient Romans and it was chosen by the aristocrats of Rome to build their villas.
So true is it, that from Herculaneum they have built a road so long that arrives till Torre del Greco, so luxurious that has been named "Golden Mile", in Italian Miglio D'oro.
Tips: Don't forget your camera, comfortable footwear, water, sun protection and hat. Limited wheelchair and buggy access. The order of the destinations may vary.

Even if you don't stay in any of the Prestige accommodations, you can book our services, here: 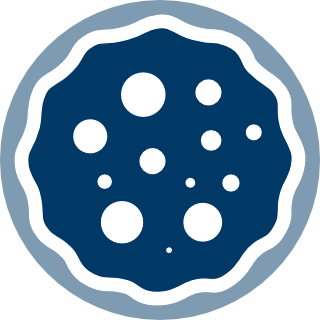